The theme is the thing.
Not that plot is not important–without plot, your novel is a jellyfish, no bones, no skeleton, no internal structure to give it shape and structure and hold it erect. Character-driven novels can be wonderful, but those totally devoid of plot are very difficult to pull off. At the risk of sounding contradictory, I think well developed characters are likely the most important element in a good novel–but that’s another blog.
Plot is what happens in a novel, and it’s much to do with the novel’s conflict, how the main character and others go about struggling with and resolving the conflict/problem: coming to a –we hope–victorious, or at least, bitter-sweet conclusion. (I hold with the late, great Madeleine L’Engle who said, if I may paraphrase, that a writer should always leave at least a glimmer of hope at the end of a YA novel. Adult readers can deal with a totally tragic ending, younger readers don’t have the experience as yet to cope–they need some optimism in a book’s conclusion to carry into their own life challenges.)
I’m sure you know the basics of plot and conflict: the main character must resolve the problem him or herself instead of an adult or an act of blind fate coming in at the last moment to make all things right, and so forth.
But that’s still not theme. Theme is the basic and overall idea that hangs behind the whole novel, that guides the momentum behind the character’s growth and change, his/her struggle with conflict, reaction to the setting, reaction to other characters, and more. Other writers have commented that theme comes from the characters’ issues–or perhaps, I might add, their issues develop partly from the theme.–and the theme grows from the writer’s heart. It’s possible you might write using a theme you don’t believe in, but I don’t really see how.

In the YA manuscript I’m working on now, working title: An Ounce of Courage, the protagonist has been relocated, after the death of his military father and much against his will, into a small isolated village from a much more cosmopolitan setting. His immediate conflict is being beset by the local high school bully. His bigger conflict is that he’s afraid he’ll never live up to his hero dad.

(My dad always said,’ Stick up for the little guy.’

The theme, though, has to do with the nature of courage and the process of becoming a man, a journey every male teen has to make.  You might wonder why a woman is writing this book? The short answer, the story wouldn’t leave me alone until I started to write it.  Longer one: My writing has never been restricted to characters of one gender. : ) I do have a younger brother and a son, and now three grandsons, two growing old enough to begin this process. And perhaps sometimes a little distance is a good thing. . . And I am an army brat, so the backdrop of the story is one I’m very familiar with. There is a girl in the book, too, who is an important character, and she also has challenges to face and decisions to make. Courage is not just a question for boys–or men.

I feel every word and every page of this manuscript deeply, whatever the gender of the protagonist, because the theme matters. . . now my job as a writer is to make sure the reader does, too. 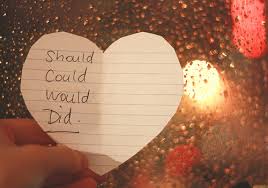 Cheryl Zach is the author of Hearts Divided, Book 1 of the 4 book Civil War YA series, Southern Angels, and many other YA and MG novels.