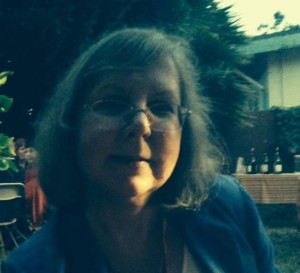 I attended the 2015 Summer Conference of the Society of Children’s Book Writers and Illustrators in Los Angeles, as usual, with no particular expectations except that it has always been a positive experience.  This year it seemed particularly filled with exuberant energy. (Having the delightful Mem Fox give the first keynote may have set the mood.)  I won’t try to give you an overview of the entire conference–there were official bloggers who can be found on the SCBWI.org website, as well as–for members–the annual Market Report.

In general, however, it was reported that children/YA book sales were up 21% in 2014, and up though somewhat less the first part of this year. (Last year’s sales were increased by movie tie in’s.)  Several new children’s imprints have been formed, including Epic Press, Flat Iron Books, and Imprint, the last from MacMillan.  We did not get a printout of the report this time, and most attendees I talked to are hoping they go back to that next time.

Publishers are again more open to short picture books, (short as in 500 words or less) character or narrative driven, and nonfiction is also of interest, especially on nature or the physical world, and they prefer that nonfiction also read like a story.

We were told that anything goes in middle grade: quirky action, classic MG, mystery, adventure, fantasy, nonfiction. Apparently 60% of kids read both digital and print.

YA is still the industry hot spot, but there is a lot of competition. Editors are very selective, and they receive many submissions. Contemporary realism dominates among published books, but editors are open to other genres, including S-F and horror. Pubs are keen to find new ways to reach readers, trying e-book subscription services, among other things. And of course, editors are always looking for good writers and illustrators, the ones who go just a little bit further.

P.S.  I would have made the photo smaller if I could have figured out how, and that is if it comes through at all. I’ve already wiped out the whole darn blog entry once, aggggg.

I attended the Summer 2015 Society of Children’s Book Writers and Illustrator’s Conference In Los Angeles without any set expectations except that it’s always a worthwhile experience and found it infused with an upbeat attitude this time around. I won’t try to give you any comprehensive report–there were official bloggers who reported on the conference, which members can find on the SCBWI.org website, along with the latest Market Report and other members’ comments.

Basically, however, the market report said that sales of children/YA books were up 21% for 2014, also up so far this year but not as much; apparently media tie in’s drove some of the sales last year. The demand for picture books is picking up,  publishers open to short, character-driven or narrative-driven fiction, and also non-fiction especially about nature and the physical world.  They also want non-fiction picture books, bios and others, that read like a story.

Middle grade: anything goes, the presenter said:  quirky action, classic MG, adventure, mystery, elements of fantasy . Apparently 60% of kids read both digital and print.  And YA is still the industry hot spot, although editors are very selective, and there is a lot of competition. Editors receive many submissions, and contemporary realism dominates published books. They are open to other genres, too, especially S-F and horror. But editors and agents are looking for good writers and illustrators.