This is February’s post, so look out your window and imagine rain or snow pelting down, 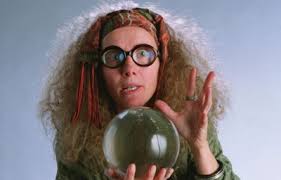 especially if your in the North West. I meant to write this post on time, just like I plan monthly  to dedicate myself to writing, to make it a priority. I realized the other day that I may not have been putting fingers to keys, but in my brain I was still gathering information. Tidbits of real life that will enrich my writing. Unusual flaws and traits I experienced in the real characters I have met recently. And in times of boredom, I realize I often pull my stories and characters  to the for front of my mind and think about where they have gone and where they should go. So, I am making no more excuses. I think I have been wearing my observation hat quite well. Here are a few of the things I have slipped into my writer’s gear bag recently.

When he gets nervous he drums his thighs. Two fingers on each hand tapping his jeans in rapid succession. He’s a security guard, but used to be a plumber. He sharpens knives on the side.  He quits drumming and pulls out his hunting knife to show off the smooth flat blade. “Sliced open a lot of things with this,” he says.  “It’s so sharp I could fillet a bear before he he to the ground.”

She smokes the shortest marlboro reds one after the other. Her pink plastic cup doesn’t hide her margarita as well as she thinks. Tequila from yesterday wafts from her pores to mix with todays blend. She drums her cup with four fingers eyeing the man with the knife.

At 7 she is crow-like. Can’t resist shiny things on the ground. A nickel, a nail, a piece of glass if the sun makes it shimmer. She grasps them tightly in her pocket. Hidden treasure to worry till her fingers bleed.

He looks over-confident as he saunters over. His gait is wide and bowed like a cowboys. Like he thinks he is cool. It is actually caused by partial paralysis from back surgery. His gate gets wider as his spin disintegrates.

He never lets the small scar on his wrist heal. Picks at it as soon as it seals. A reminder of something?

As soon as anyone asks her a question her eyes dart to her father’s. A half nod from him and she will speak. If he narrows his  eyes, she remains silent.

He plucks his eyebrows until they are close to hairless and red and swollen. It’s 85 degrees outside and his ski hat doesn’t cover the damage. This is meth addict behavior. (Who Knew)

Please share any gems you have observed recently too:)