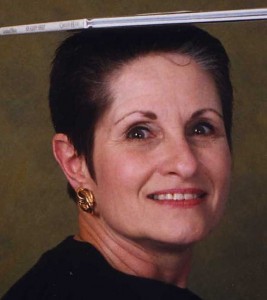 Well New Years has officially come and gone, along with everyone’s New Year’s resolutions. I have not forgotten mine nor procrastinated on any I made. Mine are still 100% intact. I didn’t make any. I never keep them so I figured why waste time writing any down, feeling guilty because I don’t keep them, and having to find excuses for my lack of follow-through. The only reason I am writing my blog entry in the month it is due has nothing to do with making a resolution to be more conscientious. No. It has to do with the paper I found on the floor behind my printer that was Judy’s November e-mail telling all the Mavens when their blog posts were due. I had forgotten all about it. And, since I am going to stay at Judy’s house next week and I don’t want to give her ANOTHER reason to nag me, I am on it. She has plenty to nag me about already and I deserve the nagging. No New Year’s excuses here, either. Anyway Happy New Year, one and all.

In the spring of 1979, when I was young and beautiful, had an Afro, and believed in talking frogs, I took a class at UCLA from Eve Bunting (yes–the amazing one), and met my writing partner of thirty-eight years, Judy, and learned Eve’s Greatest Secret to Writing Superb Books for Children. THE BATHTUB! SHSH. . . IT’S A SECRET!

Actually I should start with Eve’s second Greatest Secret–the media. If there was anything in the newspapers, or on television, or in a magazine that might make a fabulous children’s book, by the time the rest of us saw it, Eve had already finished her beautifully-written book about it, had a publisher, was speaking worldwide, and making phenom sales. Judy or I would say, “Did you see this?” Then the other one of us would say, “Yes, but Eve probably has it in bookstores already.”

The Great Secret here was not to bother with anything in print or on the airwaves. You were already too late.

But Eve’s first Greatest Secret was something any writer, old or young, taking newspapers, magazines, or watching television, published or unpublished, prolific or writing one book in a lifetime, beginner or professional could use and never be too late: THE BATHTUB!

Well, Eve’s Greatest Secret was actually threefold. You needed a bathtub of bubble-bathed glorious water. You needed a glass of delicious wine. And, you needed a tape recorder. (Now, you might use the memo function on your phone but you may not want to after you read on.) Personally, I needed two more things, not things but attributes: I needed the ability to talk into a recorder and make sense and not stutter and lose my place and the ability to balance the recorder on the side of the tub. I ruined my tape recorder, my son, Jonathan’s recorder, and . . .someone else’s (I forget his name) recorder. I did great with the wine. . .until I dozed off and the bubbles died and the water got cold. Cold water did save me from drowning!

But I know a great idea when I  hear it. After hours of contemplation (one), I put on my shower-thinking cap and considered alterations to the original Eve’s Greatest Secret. In my case: #1 forget the tape recorder. In fact, I’ve learned there are now waterproof notebooks and pens, too. Check out your local art supply store. #2 forget the wine.

Just yesterday I took a bath with no plan except to soak my knees, my back, my left arm and shoulder and my . . . butt enough about me. I was just lying in my tub (more like wedged in–new-style tubs suck–soaking tubs, my . . .), and I was doing my stream of unconsciousness day-dreaming and a strange movie began to play on the screen of my brain. It wasn’t a children’s book but I went with it. And it was great (Eve’s-Greatest- Secret great–ask Judy). I am excited. I’m adding to it. I’m deleting things. My brain is whizzing along. The story is becoming outer-world-y–outer limits-y. We had another story in this genre. I am seeing a book of stories. I am loving this. I am . . . freezing! THE WATER IS COLD! Time to get out of the tub and call Judy! She makes me make notes–darn!.

There are days when a good idea, seems for me, to run away from home, wallow in depressed steph, blame the world, blame the government, blame myself, worry about Israel, to think of all the beautiful young people who are in other countries waiting to get maimed or die for my freedoms. Those are bathtub days, too. It is a good place to cry.

There are days that are perfect, days to celebrate, days to laugh, days to remember all my blessings, days to sing out at the top of my lungs all the patriotic songs no one bothers to teach kids these days, it seems. It is a good place to smile.

All those bathtub days have Eve’s-Greatest-Secret stories to tell.

3 thoughts on “GET OUT OF THE BATH BEFORE THE WATER GETS COLD (and, if you are any good at this, it will)”